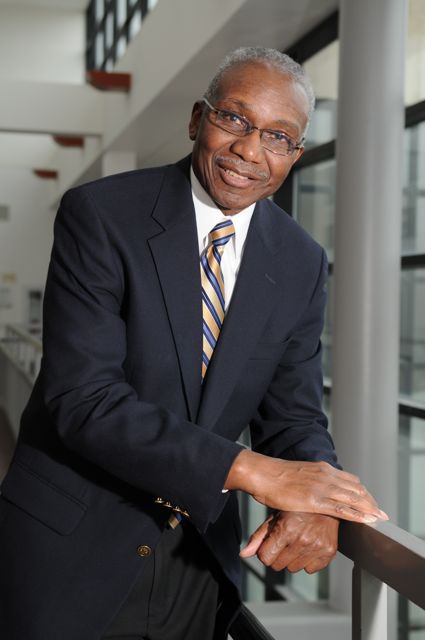 Prior to beginning his service as Professor and Inaugural Dean of the Clarence M. Mitchell, Jr. School of Engineering at Morgan State University (1984–2016), Dr. Eugene M. DeLoatch completed twenty-four years of affiliation with Howard University in Washington, D.C.  During his last nine years at Howard, he led a department that granted baccalaureate degrees to more African American engineers than any school in the country.  He has a baccalaureate degree in Mathematics and Electrical Engineering (E.E.) from Tougaloo College and Lafayette College respectively.  He also holds a M.S.E.E. and Ph.D. in Bioengineering from the New York Polytechnic University. In recognition of his many years of effective service to engineering education, Dr. DeLoatch has been awarded Honorary Doctorates by Lafayette College (1984), Binghamton University (2004) and Tougaloo College (2017).

Dr. DeLoatch became the first African American to serve as President of the American Society of Engineering Education (ASEE), the world’s most prestigious engineering education organization, during the ASEE’s 2002-2003 activity year. He is a Life Member and Fellow of the Society which was founded in 1893.

Of his most cherished recognitions, Dr. DeLoatch lists the 2017 Black Engineer of the Year Award, the 2016 Tau Beta Pi Distinguished Alumnus Award, the 2015 AMIE Lifetime Achievement Award and the 2014 ABET Claire L. Felbinger Award for Diversity.  In 2017, Dr. DeLoatch became a 2017 National Black College Alumni Hall of Fame Inductee.  On June 22, 2019, he was selected as one of the inaugural recipients of the NSBE/BMAC Legacy Achievement Award at the Reginald F. Lewis Museum - (National Society of Black Engineers (NSBE) Baltimore Metropolitan Area Chapter (BMAC).  The 14th of August 2019, Dr. DeLoatch will hosting the Master’s in Engineering in Cyber Engineering (MECE) Cohort III Completion Ceremony at Morgan State University.