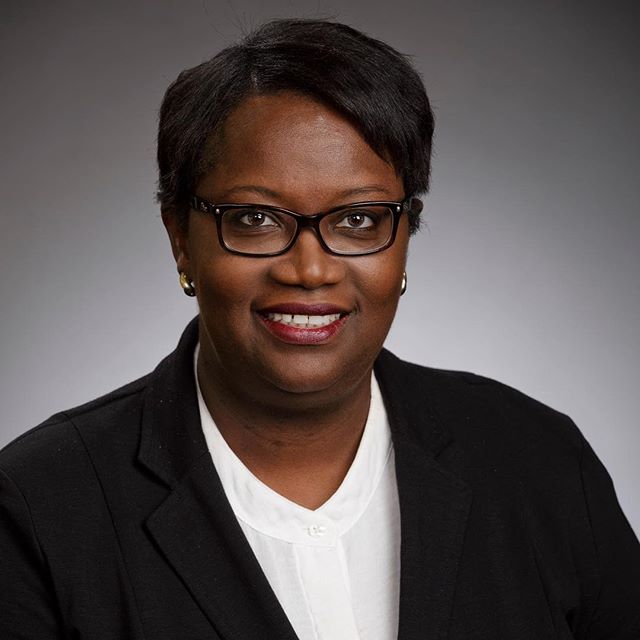 Dr. Pamela Holland Obiomon was appointed as the dean of the Roy G. Perry College of Engineering at Prairie View A&M University on September 1, 2018.  She is the seventh dean of the college and the first female to serve in the role.

Obiomon joined PVAMU in 2003 as a faculty member in the Department of Electrical Engineering of the Roy G. Perry College of Engineering. Obiomon was selected as the department head of one of the largest departments of the college, the Department of Electrical and Computer Engineering, in 2013 and became a full professor.  Under her leadership, the department was awarded over $18 million dollars in grants from the Chancellor’s Research Initiative of The Texas A&M University System.  The grants aided in the establishment of three centers (the Computational Biology and Bioengineering Research Center, Cyber Security Research Center, and Center for Advancing Innovations in Smart Microgrid).  Additionally, during her leadership as department head, the Department of Electrical and Computer Engineering was awarded $5 million from the U.S. Office of the Assistant Secretary of Defense for Research and Engineering, (OASD) (R&E) for the Center of Excellence in Research and Education for Big Military Data Intelligence (CREDIT).

Obiomon’s research interests are in the areas of integrated microsystems for environmental sensing powered by energy scavenging, smart systems using field-programmable gate arrays (FPGAs), and the design of FPGA-based controllers for autonomous vehicles.  She has published over 52 papers in refereed journals, international and national conferences, and colloquia as an author or co-author; been awarded over $14 million in research funds as a principal investigator (PI) and co-PI.; and developed the Field-Programmable Gate Array Synthesis Laboratory at PVAMU.  In addition, she has supervised and served on 21 master’s and Ph.D. committees.  She is a member of the Institute of Electrical and Electronics Engineers (IEEE), IEEE Women in Engineering, and Eta Kappa Nu.

Dr. Pamela Holland Obiomon is a native of Hempstead, Texas and is married with four children.