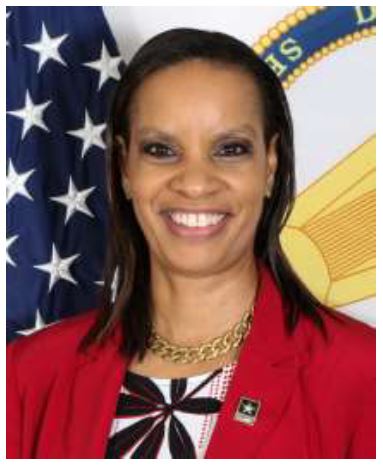 Ms. Stacey E. Brown serves as the Chief of the Planning and Policy Division for the U.S. Army Corps of
Engineers at Corps Headquarters in Washington, D.C. She provides leadership and oversight for
activities and programs within the Corps’ Mississippi Valley Division and Southwestern Division
Regional Integration Teams. As Chief of Planning and Policy Division, she is responsible for ensuring
that plans and investigations undertaken within the U.S. Army Corps of Engineers are soundly conceived,
formulated to the proper scale and scope and are responsive to the various legislative and executive
authorities governing restoration, conservation and development of the nation’s water and related land
resources.

 May 1997 – May 1998: Special Assistant to the Assistant Secretary of the Army for Civil Works